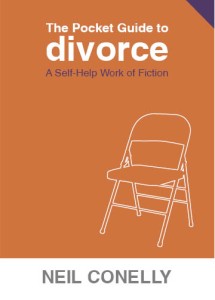 I knew nothing of typesetting. I honestly thought it was done with Microsoft Word, and that it would be pretty simple. Not so. It turns out typesetting is done using another software which has many different features than Word. We used Adobe InDesign. The software is laid out similarly to Word except that it has many different buttons. Some buttons do nothing, some do things that I recognize as useful features, and other buttons make me question my sanity. Either way, it was like learning to use something completely new, and my only source of help came from Internet videos and sketchy text descriptions of how to use the software.

Our group had to make some minor edits, which were done with relative ease. Once the edits were approved, we began the typesetting process. It was easy enough to get started, but hard to make the program actually do what I wanted. The first step was looking at the imported book in InDesign and assessing what about it was not book-like (widows and orphans, odd line/letter spacing, section titles, etc.). Therefore, if I wanted to fix anything I noted as displeasing, I then had to stream and watch a couple of videos on how to use the program. This part of the process often resulted in me shaking the computer monitor in frustration and swearing louder than I should have in the quiet section of the library.

So after becoming a little better versed in the software, we met as a group to discuss a couple of technical decisions. It’s hard to care which font to use when they all look the same after you’ve examined several, so we reached an agreement on that pretty quickly. But, when we realized we had the option to include the book title and author’s name at the top of every page, we hit a crossroads. Georgia and I thought that it was distracting and unnecessary clutter that did not add to the quality of the book. Bree and Cory saw the title and author’s name as a vital part of every book page, and that not including it was a terrible decision. I suggested we put it to a class vote, which was a cop out because we had been charged with making this decision (We later learned that the class agreed with Cory and Bree anyway, despite never actually voting). Cory also made a proposal for a compromise where we simply put Connelly’s name on every page instead of both the author and title, which had its positive and negative aspects. We ultimately decided to include the author and title at the top of every page because we felt that Neil Connelly barely had his name anywhere on the book, and that it would be a nice addition after all.

Overall, it was a learning experience where I learned a little more on the computer, a good amount of what typesetting involves, and how to operate as a team with different ideas on how something should get done.

(Students in The Publishing House course wrote seven narratives about the class and the contest. This is the sixth.)